Well, Canada is fast on its way to winning the race to the bottom, at least as far its official gold reserves are concerned. In the 1950's and 60's, Canada held about 25 million troy ounces (about 800 tonnes) of gold in its official reserves. That was more than one troy ounce per capita. Not bad! Well, not as rich as the U.S., Germany, France, Italy, and some other members of the G20 but good enough to place in the top 10 or so. 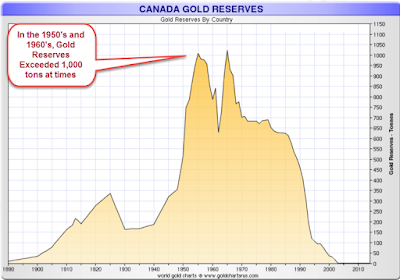 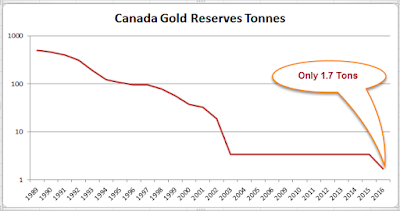 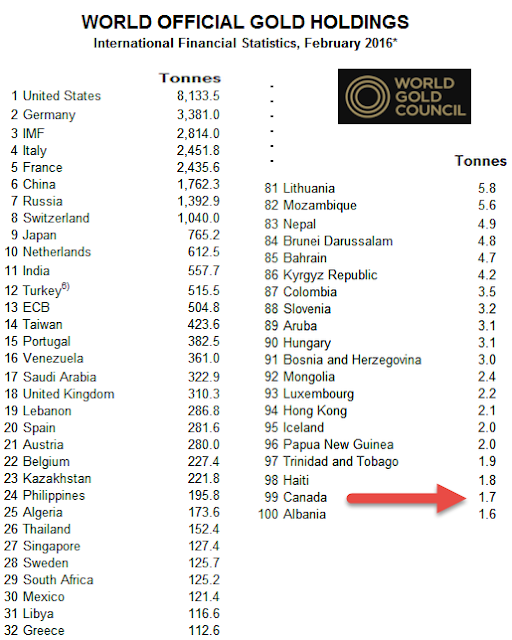 The new Liberal Government in Ottawa still wants to make good on its promised "stimulative" deficit spending but Canada's economic situation has deteriorated significantly since the 2015 fall election. From a surplus position early in 2015, deficit projections for 2016 have steadily increased to $20 Billion or more. So it seems a decision was made to scrounge a few measly dollars by selling off $90 Million of Canada's remaining forlorn little stake. What a shame!
It seems that Canada has no idea of monetary history and how vital a strong gold reserve position can be in troubling financial times. In particular, nations that are rapidly expanding their world prominence are also rapidly acquiring and bolstering their official gold reserves while Canada is moving into the backwaters. Lets hope that Canada does not find itself in the throes of a financial crisis.